Impressions after a Month With Cloud Music Players.....


Here's another new Apple service I wanted to like, iTunes In The Cloud. I have been testing Apple's Match Music for about four weeks. I evaluate this service against Google's cloud music offering which I have also been using for several months (while in beta and now in its public release format). The two company's products have much in common as well as some distinctive differences. 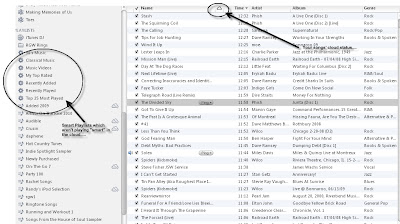 Amazon also offers a cloud locker music service and while I am a huge fan of this company and routinely buy music through Amazon because of its high quality and competitive pricing, I haven't put Amazon's cloud service through real world paces. It appears that Amazon's offering more closely resembles Google than Apple. However, while Amazon offers a free, 5 Gigabyte, account, you can get an account which allows for unlimited music storage for $20/year. This is a terrific deal! For those with truly mammoth music catalogs which exceed Google's 20,000 file limitation (free) Amazon may be the service for you. Not surprisingly, Amazon also works with the popular Fire Kindle tablet which is built on a highly customized version of Google's Android operating system.  The average user should probably rely on just one of these services and there are a number of factors which may influence your decision.

If your world is Applecentric, filled with iDevices, the iTunes in The Cloud Match service would seem the obvious choice. Unfortunately, I can't give an unqualified endorsement. Apple allows you to store up to 25,000 songs plus unlimited iTunes purchases for $25/year. The company's agreement with major recording labels permit it to  store high quality copies of  songs on their servers rather than forcing you to upload all of your songs (as Google and Amazon require), a process which can take several days for larger libraries.

Apple scans your local iTunes library and matches songs on your library against its catalog. Songs which are not available directly are then uploaded to Apple's servers. Even with large iTunes databases, this is a fairly fast process. As a side benefit, if  portions of your music were ripped from CDs, or purchased, at a lower quality than Apple's files, your library instantly benefits from the 256 kpbs versions stored on Apple's servers. There are any number of reasons why some of your music files may be of lower quality. For many early adopters, an effort to save hard drive space (which was a far more precious resource at the birth of mainstream digital music storage) promoted compromises. iTunes itself has been around since 2000 and many people have been building and refining their music libraries for a dozen years using this repository. Some of us experimented with MusicMatch and other players in the 1990s when the idea of saving thousands of songs in uncompressed, lossless, formats was unthinkable. Which brings me to another caveat. If you do have some songs saved in higher bit rate formats than exist on  Apple's servers, you cannot substitute your copy for Apple's version, so there is a downside quality trade-off for some. If you have an interest in using the service to upgrade your older digital recordings, this can be done by following this tutorial.

Additionally, playlists which you may have on various iDevices are supposed to sync across your "Apple world" allowing you access anywhere. For many, this is a compelling feature since many iTunes users have invested significant time and energy in compiling playlists. This feature is one of several which have I have been unable to fully enjoy. While static playlists seem to synchronize across devices, smart Playlists (those which are designed to capture dynamic music groups such as, "Recently Added" and "Top 25 Most Played") either don't show up across devices or appear completely broken. For instance, my "Top 25" playlist in iTunes correctly identifies the songs with highest play counts, but on my iPhone 4S, this playlist includes random titles from my large library. For those individuals who use iTunes star rating system, play counts, and other tools to curate their collection, this is a serious shortcoming to the Match service. There are numerous online discussions on this issue. This Apple Support discussion has received over 6,200 viewings as of this writing, so I am not alone with this issue. It is really unforgivable for Apple to not properly store and use this metadata which has been the reason many people have stuck with the aging iTunes software through the years.

Worse, my iPad 2 has never worked with Apple's Match service! Upon set up, I was informed, "This device is already associated with an Apple ID. Your device can only be associated with one ID every 90 days. You have XX days before you can change IDs." Well, I thought this device was tied to the same ID as my iPhone, iTVs and iTunes accounts. Apparently, I don't know "what ID" is associated with my iPad and as of this writing, I have 24 more days before I get a chance to try again  (and if I don't enter the proper authentication, I presume the 90 day counter will reset). I was informed of this issue after the software erased all music on this device. I can use a USB cable to add back music files manually, but at the very least, it is bad design to delete data before announcing a failed install.

I suspect this ninety day limitation is a concession to the publishing industry. Nevertheless, as a user who only wants access, this restriction during initial set-up of the service seems very draconian. Apple insists that you use a fully qualified email address for this service. If  you have an  Apple account tied to a user name such as "rwachs," you will have to create a NEW account using a verified email address (e.g. rwachs@musicrowtech.com). This is true even if this email account is tied to your Apple account and has been validated. This may not be an issue for people new to Apple's world, but the opportunity for problems such as those I have encountered are very real.

Apple actually downloads individual songs "on demand" to your device. I have found this process to slow, and at times stops, music streaming altogether. This issue can range from a mild annoyance, to a real aggravation (for instance when your music stream halts while on a distance run). In fairness, this issue could be the result of AT&T's 3G network in my area, Apple's servers, or some combination. However, I have found these problems more often with iTunes in The Cloud than using Google's competing product.

Speaking of mobile, Apple's service is limited to iDevices running the newest version of iOS software (5.X). If you have other devices running Android or another OS you wish to use, this service is not going to be a good solution. Google and Amazon have browser based applications in addition to PC based music managers which are needed for downloading and uploading content. This uploading/downloading process isn't well automated and needs some fine tuning. 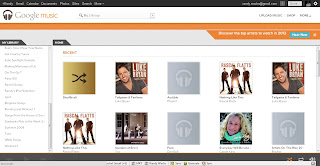 While Google's app does access a local iTunes library if it exists, Smart Playlists don't make it to the cloud. Also, adding new music is something of a kludgy experience requiring a somewhat unintuitive manual downloading of the files and then importing this content into your local iTunes library. Google does have a good online music store with very competitive pricing (but less available content than iTunes). Like many things in the Googleverse, I expect the shopping experience to improve with time (and the company is committed to giving away lots of music). Recently, selected new release albums by artists such as ColdPlay and Maroon 5 were available for $4.99, less than half the retail found through iTunes.

The iPod was truly revolutionary when it was first introduced. This device marked Apple's rebirth and it has successfully bested all competitors. Sony's Walkman, which once dominated the mobile music universe, is now a footnote. I had high expectations for iTunes in the Cloud. In many ways it is the successor to that wonderous iPod experience those of us around for the first product introduction recall; iTunes In The Cloud has a proud heritage and big shoes to fill. All of these services are in their first incarnation and are likely to improve with age. Given Apple's longstanding history with music and our lives, perhaps I expected more from this first release.

As it stands,  I give Google the edge for pricing (free for 20,000 songs and aggressive store purchase pricing), cross platform functionality and superior syncing across all devices. I do wish Google would make additional meta data from my iTunes library such as play count and star ratings (versus the more limiting "thumbs up" and "thumbs down" choices which have to be set for each song after uploading)  available. Given Google's ability to work with data from a wide range of  applications, I am surprised by this omission and hope this changes in a future release. Apple's initial screening and matching service, while imperfect, is superior to Google's "upload it all" requirement which could be a complete deal breaker for anyone with restricted internet access.

None of the big three have gotten the formula perfect the first time round, but there is no doubt this is where music services are heading as the push to compete with Spotify, Pandora, and other pure streaming companies heats up.

Here's hoping someones  "2.0"  makes the dream of listening to your own music anywhere, anytime, a reality. I don't know how many copies of some classics in my past I have bought-- LP (vinyl for those of you under thirty); eight track (look it up in Wikipedia if you don't know this reference); cassette; CD, digital. Some of these formats got multiple purchases. I realize many in the music publishing world have not fully embraced the inexorable movement to digital, increasingly ubiquitous, content.  After more than a half dozen purchases of the same content,  it is about time that I should be able to play James Taylor's, Fire and Rain from the cloud when, where, and with any device. It is in the best interest of every element  of the musical creation and distribution chain to let the music play!

Have you got an experience with these services you would like to share? I invite your comments.


I currently hold investment positions in $GOOG and $AMZN.


This commentary is not meant as an endorsement of any company or to provide financial advice.  If the author has any financial interest in any company mentioned at the time of this article’s posting, it will be explicitly noted. I welcome feedback and comments.