Microsoft Mobile Problems Continue, But The Phone Is Free (For Now).... 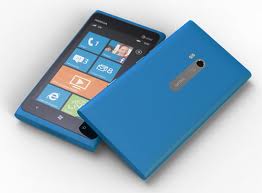 Microsoft continues to stumble in the world of smartphones and tablets. In the latest embarrassment, Nokia released its new, flagship, Windows driven SmartPhone, the Lumia 900. By all accounts, the suffering phone manufacturer has pulled out all the stops, supplying its partner, AT&T, with 10,000 free phones to disperse to its retail store employees, advertising heavily, even creating a "Times Square Event" to announce the phone's availability. Nokia's international market share is tanking (as is its stock price). Android and Apple's iOS driven devices have eclipsed its product line on the high end in the United States and the news isn't any brighter in less developed markets where Android powered phones are dominating around the world....

Nokia has abandoned its own SmartPhone operating system, Symbian, and has placed all of its proverbial chips on the success of Microsoft's mobile OS. A big gamble. One which is stumbling at a crucial time. Apparently, a glitch which wasn't unearthed during the beta testing period is preventing some early adopters from connecting to AT&T's high speed data network! Oops!

As my Father used to say, if you've swum halfway across the river, there's no point in turning back. To borrow another old saw, Nokia to its credit is going "all in." The company is offering a $100 credit to all users between now and April 22, effectively making the new phone free  (with a two year contract). The company also announced a "fix" for the actual connectivity problem which will be made available in a few days.

I have seen this phone and it looks "nice." Of course at the time, I wasn't aware that the AT&T Rep which was showing it to me had effectively been "bribed" to promote the device. Nice doesn't get me to give up my iPhone! Nice doesn't change the fact that the screen, while larger than my 4S, seemed inferior. Nice doesn't change the fact that Microsoft hasn't gotten developers to create great Apps for the platform (at least yet). In other words, after all this time and testing, Microsoft hasn't got a winner on its hands (and neither does Nokia).

For the above reasons, and more, I cannot recommend Windows Phones above an iPhone or contemporary Android device. However, there are opposing opinions. If you would like to read some countervailing arguments, here is a link to a Business Insider post which highlights some key positives about Microsoft's portable operating system. Most of the points the author brings up I find inconsequential.

The lack of third party apps alone makes the decision to use Apple or Google's platforms compelling. This situation isn't likely to change anytime soon. As a comparison ZD Net says Microsoft phone market share is less than 3% (third quarter 2011 statistics).  If you are a developer, are you going to focus on Android with over 25% share, iOS with 16.6% of the worldwide market or Windows Mobile...?

However, if you are in the market for an inexpensive SmartPhone, or are just anxious to try out Microsoft's mobile operating system vision, free is a pretty tough price to beat. The deal is available to all until April 22, so if the Lumia 900 seems like an answer to your current SmartPhone needs, don't procrastinate. My advice, pass, but if you have a kid demanding a smartphone, this may be a cheap way to address the request. (Just don't forget the two year commitment and data plan!)

I will admit to one reason many business owners may take a second look at Microsoft  powered portable devices, seamless and free integration with Microsoft Office. I am constantly asked how best to view and edit Office docs on  iOS devices. It is a good question and there are a variety of third party solutions. However, Microsoft has been absent from the party. Whether out of apathy or spite, Redmond has yet to release a holistic Office App for the iPad and iPhone ecosystem. (I say holistic because Microsoft does have some marginal presence such as the OneNote App available. Even this app seems out of touch. Limited to five hundred notes before you are "hooked" and have to pay $4.99 to continue the mobile experience. Stick with Evernote. If you want even more flexibility, add the company's great Skitch and Penultimate offerings to your mobile arsenal.) 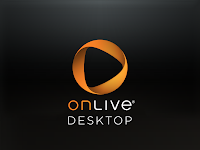 Worse, one of the best solutions to working with Office on an iPad is under attack by Microsoft. I have previously written about Onlive Desktop. This virtual desktop provides full Office functionality on your iPad. You can view, edit, and save, Microsoft Word, Excel and Powerpoint projects using this free app.

Since the virtual desktop runs on remote servers, you  need wi-fi or cellular connectivity. And herein lies the problem. Microsoft has made claims that the service isn't in compliance with it licensing. Engadget and others are reporting that Onlive has migrated to a version of Windows Server 2008 which avoids the licensing issues between the two companies. This article by TechSpot further supports this claim.

I fully believe and endorse Microsoft's right to enforce the licensing of its products. I believe they have every right to enforce fair use of their software and its distribution. As it stands, Onlive Desktop provides a needed and valuable service which allows iPad users to be productive if their work, or a client's needs, require Microsoft Office compatibility. Currently, Onlive provides both free access as well as fee based services which provides additional speed, full Flash support, and more. It appears additional tiers of service are in the offing.

There is clearly a market for this service and Microsoft would  have been the logical company to fill this need. Once again, this company seems out of touch with the reality of its core customer base. Whether it is hubris or apathy, Microsoft has lost sight of its customers' needs. It is 2012 and small business isn't waiting around for Windows 8 or some variant to provide mobile devices with functionality which has been available for years on the iPad.

Integration with Office alone isn't a compelling reason to forgo all that Apple's iPad, and to a lesser degree select Android tablets, have to offer (much less defer participation in the mobile tablet universe for perhaps another year to see if Microsoft based tablet hardware will compete). As long as Onlive remains in compliance with licensing laws, the service provides all the necessary tools to keep iPad users who need Office happy (and make Microsoft irrelevant in yet another corner of the tech universe it helped to create).

Meanwhile, Redmond, the mobile training keeps on rolling and all it needs is virtual windows.....


If you are among the early users of the Lumina  900, please share your experience. Are  you having connectivity issues? Are you happy with the phone if so what do you most like about it?

I currently participate in Associate Programs and certain item links included within this post may tie to these affiliate programs. By using these links, you help support Music Row Tech, I appreciate your support.

I have a long positions in $AMZN, $AAPL